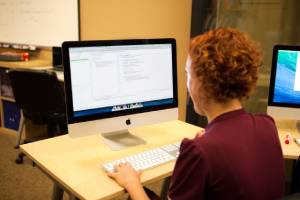 The casino industry is a highly competitive environment and to be able to survive, UK game developers must keep themselves in constant evolution. Nowadays, users ask nothing but the best gaming experience each time they visit their selected casino providers, so in order to maintain the interest of their public, software creators are always coming with new casino games to entertain them.

When a new online casino is in the making, its founders must make a fundamental decision. Would you like to use skins, buy ready-made games or focus entirely on developing your own software? This decision determines the originality, the playability and also the costs for the creation of the platform and thus decisively on the success of the company. The skins option is certainly the most straightforward but at the same time the version that promises the least originality. When a company purchases finished skins from software developers, it not only receives the finished games but an entire software package that only lacks the design of the website. With a web developer in the team, the most important parts are already covered. With a package like this, the casino platform owners have significantly less control over factors such as the payout percentage of games.

Best game developers in the UK

Here you can find some of the most famous game developers in the UK, whose titles are a staple in most casino operators. If you have a favourite game, there is a big chance that it was created by one of these companies.

Founded in 1994, this company is the first name to jump into the minds of any online gambling fan when asked about web software. Microgaming has more than 850 games in its catalogue, where you can find slots, poker, online roulette, and much more. A curious fact about this company, which speaks very well about its reputation, is that it is one of the co-founders of eCOGRA (e-Commerce and Online Gaming Regulation and Assurance), the important institution in charge of regulating online casinos.

The Playtech team strives to add at least 50 games each year to its far from modest portfolio of more than 500 games. Their main contribution to the world of online casino games is dynamism and a notable improvement in gameplay. If you are a fan of the Marvel universe, then Playtech and its slot machine’s offering is ideal for you.

This online casino software developer offers the largest catalogue of live, multi-channel table games on the web, with fan favourites like online craps, poker and blackjack. It has been in operation since 2006, and since then it has been adding games that are among the most popular in the UK, in addition to having the most popular Full HD transmissions in the industry.

Based in mainland Europe, this software developer started out making machines for land-based casinos around the world. Now it has a wide portfolio of online casino games such as Book of Ra, a star slot among UK players. Its software can be downloadable or streamed.

Formerly known as Chartwell, this company has been renewed in 2011, and since then it has surprised everyone with its varied range of games. One of his most important contributions to the online gaming industry is undoubtedly his Poker Stars brand.

This company is a combination of NYX and SGI, for that reason, it has a wide range of casino, bingo and lottery games that in total add up to more than 300 titles. Its software is also used by more than 100 online casinos, making it very popular with online gamblers.